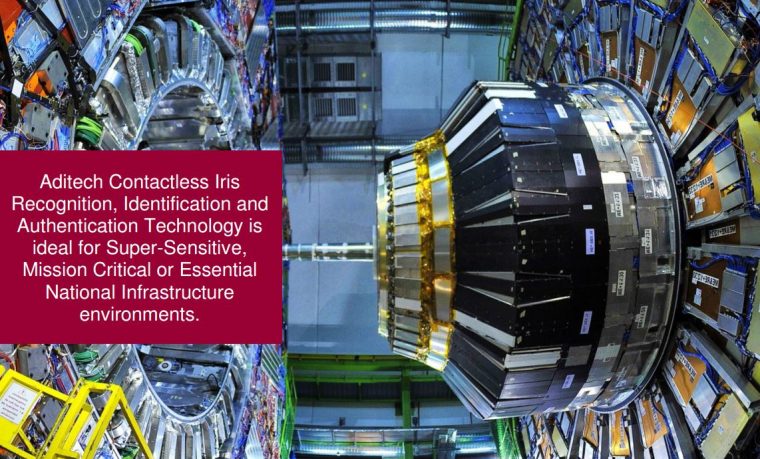 CERN, located near Geneva on the Swiss-French border, is recognized as the world’s leading particle physics laboratory. The facility’s security team needed improved access control to maintain the safety of international scientists and staff, irreplaceable research data and high-value assets. The solution needed to be accurate, quick and reliable – all while maintaining a database of more than 10,000 registered people.

After completing an extensive study of available access control options, CERN selected an iris-recognition system to replace existing fingerprint readers for identity authentication. Along with greater speed and accuracy, the iris-based system was judged to be more hygienic and capable of supporting a large-scale application. CERN had 55 iris readers installed at the main entry and access points to certain work areas along the 27-kilometer circular Large Hadron Collider. The LHC is the main underground particle collider hosting most of the organization’s experiments. Later, another 25 iris-recognition controlled access points were added to the radiological area of CERN’s Proton Synchrotron (PS) accelerator area. 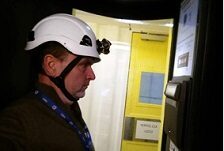 The system quickly moves 3,000 people daily through the collider’s and accelerator’s 80 access points. Identity authentication requires less than a second. The process is safe, involving no contact, lasers or bright lights. The system helps keeps CERN scientists and staff from accessing areas for which they lack authorization and/or may be dangerous. About 20 more Iris readers will be installed at access points for another CERN accelerator being refurbished and due to reopen shortly.

“The high value we place on the security of our people, our work and our facilities demand’s tight security The system has been up to the task at 100 meters below ground.” – Pierre Ninin, CERN head of safety systems engineering

Since 1954, CERN, the 21-member nation European Organization for Nuclear Research, has made major scientific achievements in the study of interactions between subatomic particles. CERN’s Large Hadron Collider recently helped scientists to discover the Higgs boson, an elementary particle of crucial importance to particle physics theory. CERN is also credited with developing the World Wide Web in the late 1980s and early 1990s to enable sharing of information among its scientists.

Aditech Ltd. has been involved with many biometric applications across the complete spectrum of industry including Government, Aviation, Military, Construction, Medical, Manufacturing, Corporate Security and of course the Critical Environments.