Why This University is Serving Up Iris Biometrics to Hungry Students 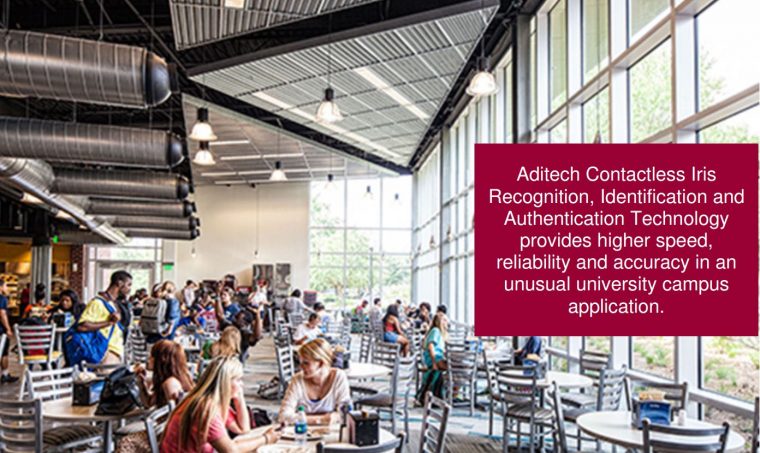 Aditech Case Study – Students with meal plans at Georgia Southern University no longer have to fumble through a backpack or wallet looking for an ID card to access either of the campus’ two dining commons. 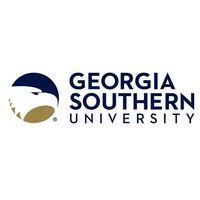 tead, they can stop at a turnstile, look into an iris reader and a second later they’re on their way to selecting dinner.

Three years ago, the university started an iris biometric program to quickly and accurately identify students and link their purchases to Georgia Southern’s existing one-card system. The system is a hit with administrators.

“We wanted something that would be easy for students to use,” says Richard Wynn, director of the university’s one-card program known as the Eagle Card. “And it has been. Students caught onto to it right away.”

“I’d stand there and watch a student try four, five, even six times before the [fingerprint] reader identified them and opened the turnstile,” he says. “That could be 10-15 seconds. Looking at that the administrative team agreed to add an iris reader on one of the two turnstiles.”

Wynn explains the iris readers are used three times as often due to their speed and convenience. Up to 8,000 students use the recreation centre’s iris-based reader each week. 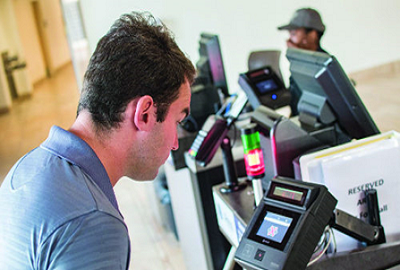 Back in the campus’ dining areas, the iris system has totally replaced fingerprint readers. Wynn called the decision a “no brainer” as the noncontact iris readers are also more hygienic.

Thousands of students, staff and faculty touched the fingerprint readers each day. The iris system also lets his department save money by requiring fewer cashiers to identify students solely by their Eagle Cards.

“Students are always changing their look with new hairstyles, makeup, facial hair, glasses or tattoos so it can be hard for a cashier to recognize a person based on a photo taken during freshman enrollment,” Wynn says. “Now we can have one cashier manage multiple lanes.”

The Eagle Card enrollment generally takes place during freshman orientation. As students wait for the card to drop from the printer — it takes about 30 seconds — they also enroll their irises in the Iris ID solution that integrates with the one-card system from Blackboard Transact.

Faculty and staff using the dining room or rec centre may also enroll. Georgia Southern, in Statesboro, Ga., has just over 20,000 students on campus, along with 2,400 faculty and staff members. Wynn says nearly all students are enrolled in the iris solution. Source: Security Sales and Integration

Aditech Ltd. has been involved with many biometric applications across the complete spectrum of industry including Government, Aviation, Military, Construction, Medical, Manufacturing, Corporate Security and of course Education.